Do You Need A Hemp Growing License? 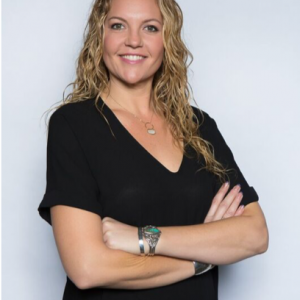 To apply for a hemp growing license, you need to fill out an application with the state or tribe from the jurisdiction where you wish to grow hemp, or through the USDA. The correct choice depends on the location of your facility. You can carry out the application process through the Hemp eManagement Platform (HeMP).

If you’re getting started in the CBD industry, are looking to create other hemp-derived products, or would like to sell wholesale hemp crops, you have to ensure that you abide by the regulations set out by the oversight programs developed by the United States Department of Agriculture (USDA). So, let’s look at the process that you need to follow.

Why Do You Need A Hemp Growing License?

As you already know, hemp and hemp-derived products have been legal in most parts of the United States for some time now. However, there is still ambiguity and confusion about what falls under state’s or federal government’s jurisdictions and the terms of interstate trading. There is also confusion about which authorities will enforce laws due to ongoing developments regarding legalization.

Furthermore, as with any commercial farming operation, there are several provisions and regulations that you have to abide by to ensure that the quality of your product is of an acceptable standard. For example, your crops cannot have a 0.3% or higher THC concentration.

And there are specific procedures that you have to follow when disposing of ineligible crops. Authorities also need to know what land belongs to you and which crops you are responsible for, as another example.

How To Get A Hemp Growing License?

Following the ratification of the 2018 Farm Bill, federal regulations of hemp growing in the United States have changed significantly. The government removed hemp (“the plant Cannabis sativa L.) from the federally controlled substances list.

The USDA developed a regulatory oversight program that includes provisions to approve plans submitted by states and Native American Tribes for domestic hemp production. Individual producers in states or Native American territories where hemp is legal but do not have their own USDA-approved plans can also apply for hemp growing licenses through an established federal plan [1].

The plans created in each state or tribal territory will detail the practices and procedures that hemp growers in their specific jurisdiction will need to follow to comply with federal laws. Authorities must first license growers under a State hemp program, Tribal hemp program, or the USDA’s hemp program [1].

Which program you apply for will depend on the location of your facility. The first step you need to take is to contact the relevant authority (either your state department of agriculture or Tribal government) and confirm whether or not a production plan has been submitted to or approved by the USDA. If not, you can apply for a license under the USDA hemp production program [1].

Your application will require a criminal background check, and you will not be eligible for a license if you have been convicted of a felony related to a controlled substance in the last ten years.[1]

Following this, you will need to report the acreage of your operations facility, apply for crop insurance, and find out which, if any, hemp or agricultural programs you can receive grants or other provisions from to support your hemp growing operation.

At the moment, the USDA will only be accepting applications from the states of Hawaii, New Hampshire, Mississippi, Wisconsin, and North Carolina; along with the Native American tribes, including the Fort Peck Assiniboine and Sioux Tribes, Confederated Salish and Kootenai Tribes of the Flathead Reservation, White Earth Band of the Minnesota Chippewa, and Lower Brule Sioux Tribe.

The USDA applications will be received and accepted on a rolling basis throughout the year. If your operation is not located in the territories or tribal reservations listed above, you need to contact your local state or tribal government for instructions related to their individual programs [2]. You can find a list of all the contact details for hemp growing licenses with individual state or tribal agricultural departments here.

Following this, you can carry out the application process through the Hemp eManagement Platform (HeMP). The HeMP system allows producers, states, tribes, and testing labs to submit and manage applications for licenses online, making the process relatively straightforward.

Your application will require you to submit supporting documentation for various details about your operation, such as the acreage of your land.

It will also require you to agree to regulations set out in the 2019 Interim Final Rule, established by the US Domestic Hemp Production Program (DHPP), which includes key provisions regarding negligence violations, the disposal, and remediation of non-compliant plants, and sampling methods, among others.

Which States/Territories/Tribes Are Eligible For Hemp Growing Licenses?

While the territories listed above are eligible for USDA hemp program applications, several states and tribes have successfully applied for hemp growing programs that you can contact to apply for a hemp growing license managed by the individual territory. The USDA maintains a list of these states and tribes, frequently updated to include any newly accepted applications.

Currently, the approved state and tribal hemp production plans include [3]:

In addition to this, the territories of Puerto Rico and the US Virgin Islands have approved plans for hemp growing licenses, and the following tribes have had individual plans approved:

If you’re looking to obtain a hemp growing license, you can follow these easy steps. First, use the HeMP System and contact your regional authority to find out which provisions you need to abide by and which documentation you need to submit.

From there, the USDA, your state, or your tribal government will review your application, and it will only be a matter of time before your hemp growing operation is underway!

What Are The 10 Most Important Types Of Terpenes And Their Effects?

Terpenes are aromatic oils that give cannabis its distinct smell, flavor, and effects. They are the compounds that make one strain of cannabis different from

Why Is CBD So Expensive? The Real Reasons

The cannabis industry has attracted many companies interested in meeting the rapidly growing demand for cannabidiol (CBD) products. CBD is a high-quality and versatile ingredient Hemp is a versatile plant with a long history of use in the United States. The demand for hemp products is currently higher than the

Online CBD sales are booming, and new players are joining the market daily. As businesses look for the best way to sell their CBD products

Can You Sell CBD On eBay?

Now that CBD is federally legal, it seems obvious that you would be allowed to sell CBD products on a platform like eBay. After all,

How To Get A CBD Loan

Many aspects of running a CBD business can be extremely difficult due to changing and unpredictable legislation regarding CBD. The laws around the sale of